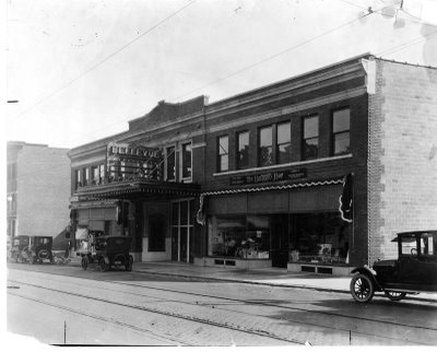 1921
In 1928, The Bellevue Theatre closed its doors only to be purchased one year later by the Shea-Publix Theatre Company, where they purchased a 21-year lease at a total rental cost of $900,000

In the 1940s, Vincent McFaul, a subsidiary of Paramount Pictures, purchased the theatre from Shea-Publix. For their grand re-opening of The Bellevue, the world premier of Niagara Falls, a Hal Roach comedy about newlywed life starring Tom Brown, Marjorie Woodward, Zazu Pitts, and Slim Summerville, was held On October 25, 1941 at 8:00 p.m.Over 1,000 attended the film that local papers reviewed as being “one of the funniest comedies of the year”, including the acting mayor of Niagara Falls, John H. Keller.

Then, in the 1960s, it was purchased by the Strand Cataract Theatre Corp. and renamed The Rapids Theatre.. Under new management of a woman named Miss Louise Marigia, many improvements and changes were made to the building. It was decorated with “flame red and green” furnishings and was described by local newspapers as being “splendid” and “handsome.”  Also during this time, the theatre was credited as having the first marquee in Western New York to use the Wagner type changeable letter mounting with transparent Plexiglas rails. It was installed by a local business named Cooper Neon Sign Company. The Rapids held its grand opening on July 15, 1961.

Eventually, business declined and the theatre, along with several other businesses in the economically stagnant Niagara Falls commercial district, closed down until it reopened in 1974 as The Late Show discotheque. That business lasted until 1995, was closed down, and then reopened as yet another dance club called The Masquerade in 1996. In 1998, it operated very briefly as a night club under the name, Centre Stage.

The building was sold in 1999 for $13,000 at a city foreclosure auction. It had a brief run in 2002 when it opened up as The Pleasure Dome. Two years later in 2004, the building was managed by Robert D. Hyde and Ray Page as simply The Dome Theatre, where it held heavy rock performances by Alice in Chains, Dragonforce, The Deftones and the controversial “Girls Gone Wild” Tour. It closed once again and was purchased at a tax foreclosure auction in 2007 by current owner and Niagara Falls native, John Hutchins, for $85,000.

The run-down building underwent several renovations totaling $1. 8 million and received assistance through a grant from the NFC Development Corporation, an agency of the City of Niagara Falls' Office of Economic Development which gives grants and loans to help businesses, in late 2008. The grant, which amounted to $250,000, came from the city’s share of slots revenue from the Seneca Niagara Casino & Hotel located downtown. Renovations included new sound and lighting systems, an outdoor electronic marquee above the theatre doors, a maple-wood bar, and new floor, and art -deco plaster repaired walls . The newly renovated Rapids Theatre held its grand public opening on December 5, 2009 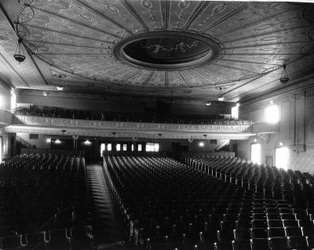 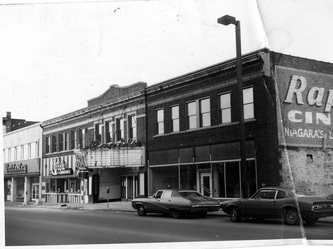 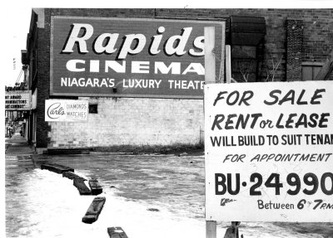