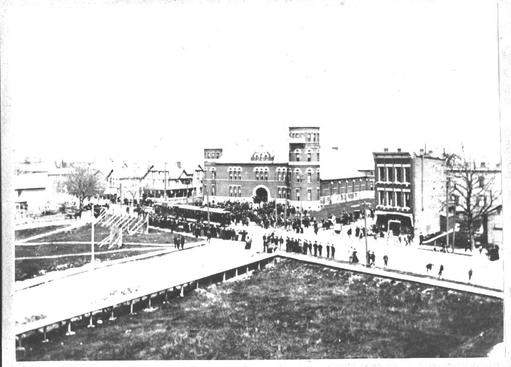 Troops at Armory on Main St in 1898
"The Armory is historically significant for it’s association with American military history and the Army National Guard history in particular. It was built/overseen by Isaac Perry in 1895. This was one of a number of similar armories built in upstate New York. The armory was built for the First Battalion, Third Infantry Regiment. By 1935 the First Battalion had become an element of the 174th Infantry, which was based at the Connecticut Street Armory in Buffalo. By 1961 the Niagara Falls Armory was the headquarters of Battalion A and B of the 209th Field Artillery, which was based at the Masten Avenue (65th Regiment) Armory in Buffalo. The history of the National Guard (and the significance of it’s related armories) is that it has been, and to a large extent still is, the backbone of the American military system since the Colonial era. The Niagara Falls armory, like virtually all other National Guard armories, remains a prominent visual reminder of and monument to the pivotal role-played by the volunteer militia in American military history". 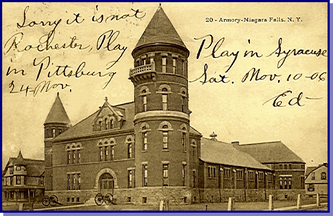 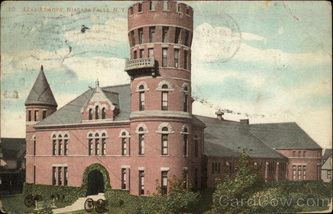 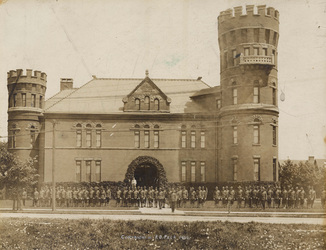 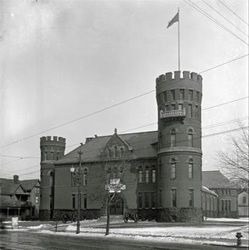 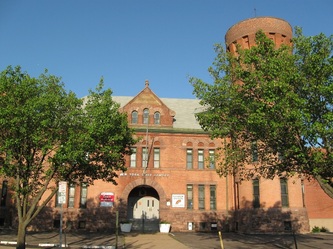 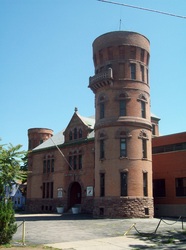