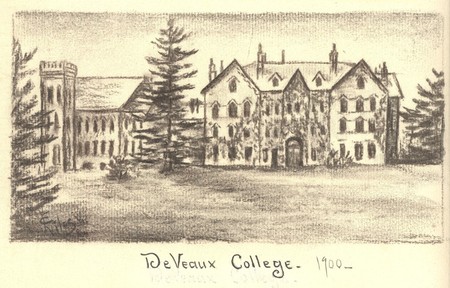 The site was deeded by Judge Samuel DeVeaux in 1853 and developed as the DeVeaux College for Orphans and Destitute Children (there is conflicting evidence which indicates the property may have been owned by Augustus Porter and not Samuel DeVeaux). The original campus was 364 acres but the bulk of this was sold for future residential development. Construction on the site started with the Van Rensselaer Hall in 1855 designed by C.N. Otis of Buffalo. Initial construction costs were $14,154 for the main hall and a total of $20,369 for main hall plus the outbuildings (barn and shed) and servicing of the site. An addition was added to the Van Rensselaer Hall in 1865 to serve as the kitchen and Munro Hall was further added in 1888. Over the years a number of other buildings were developed on the campus.

The College was originally developed as a boys school for orphans age 8-12 with a focus on training for industry and trades in addition to a social and religious education. For most of its first 100 years DeVeaux was referred to as a military school. The school also had a farm operation of approximately 11 acres which included the farm house presently located at 2925 Lewiston Road. It is believed the farm component of the school was the open space located immediately to the south of the existing buildings.

The DeVeaux College was closed in 1972 and later purchased by Niagara University in 1977/78 for use as additional dormitory space. The dormitory use was discontinued in 1983 and the bulk of the historic buildings were demolished in 1994. 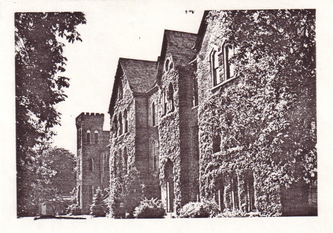 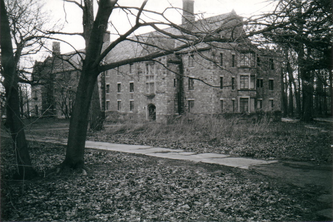 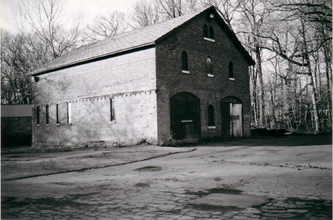 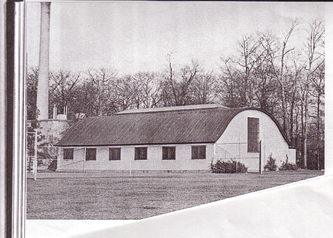