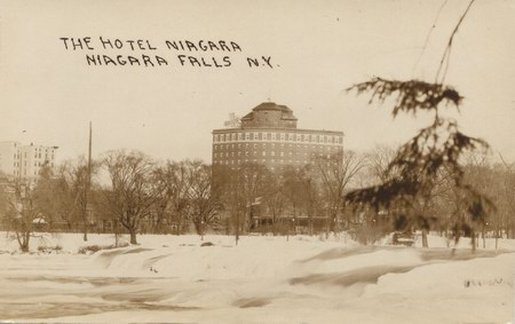 At 12 stories, it was designed by noted Buffalo architects Esenwein and Johnson and considered a skyscraper when it was built between 1923 to 1925. Located 1/4 mile from the Horsehoe Falls, it is one block from the Seneca Niagara Casino. It has nearly 200 guest rooms as well as convention facilities. Over time it has been known by various names including The Hotel Niagara; John's Niagara Hotel; Park's Inn; International; Days Inn-Falls View; and Travelodge Niagara Falls. It was reportedly the home of Marilyn Monroe and Joe DiMaggio while filming Niagara in 1952. 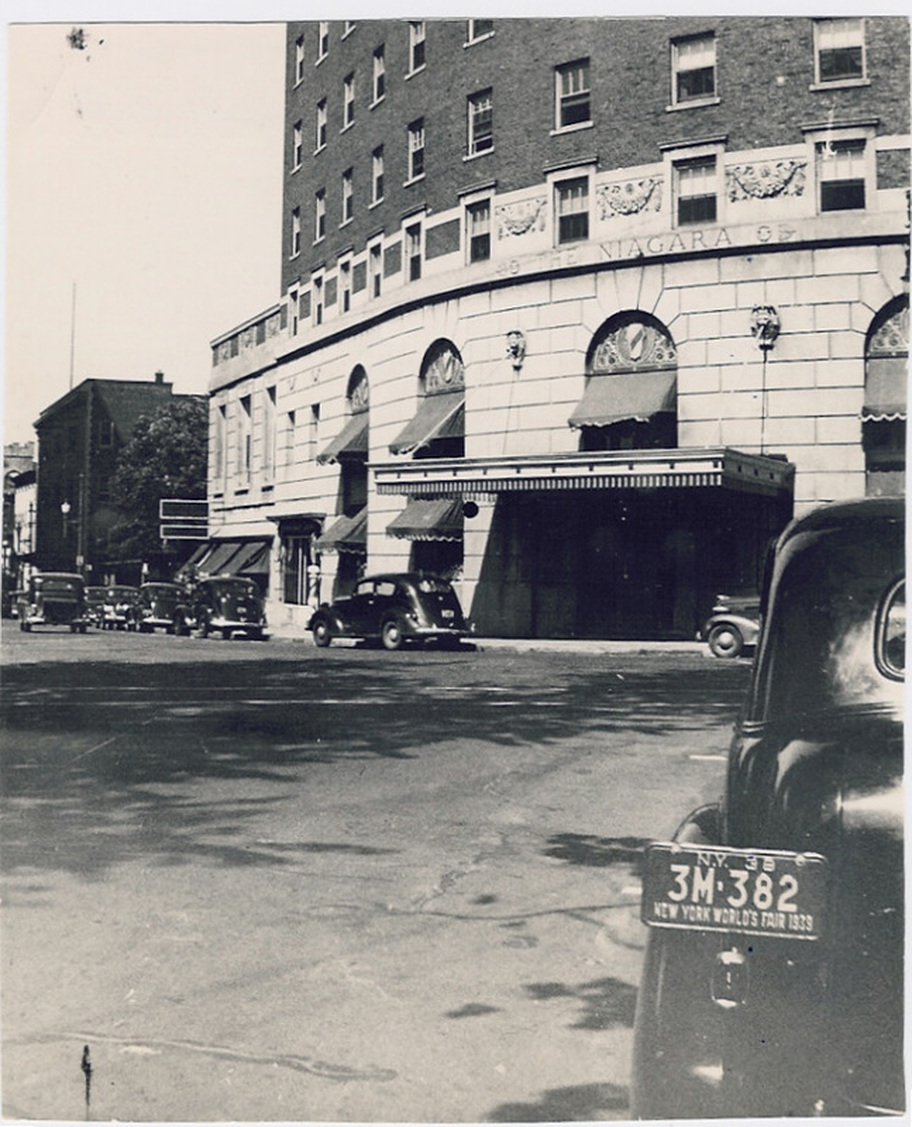 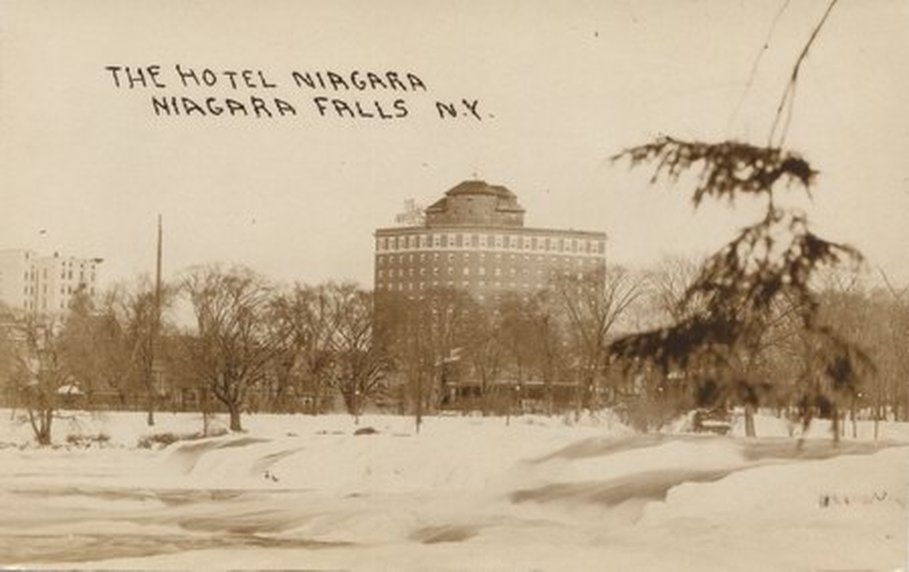 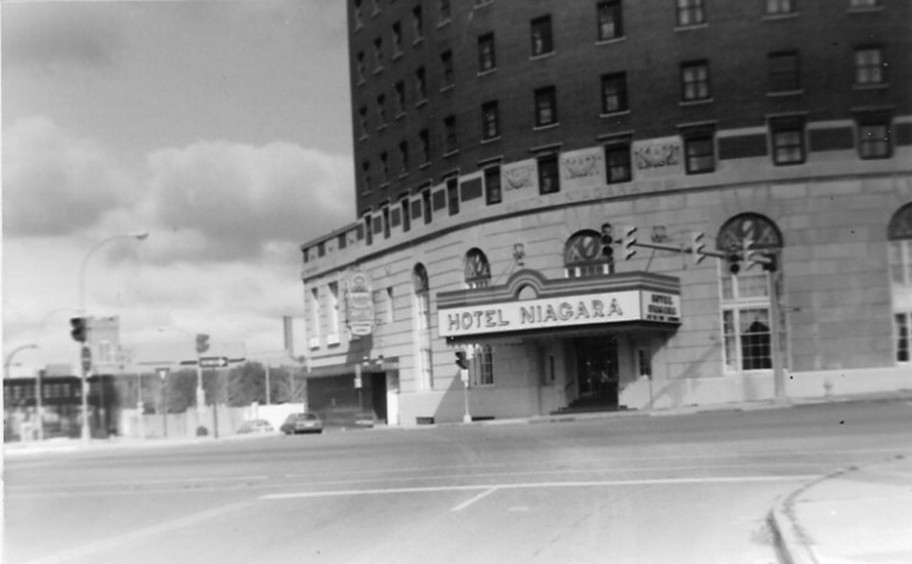 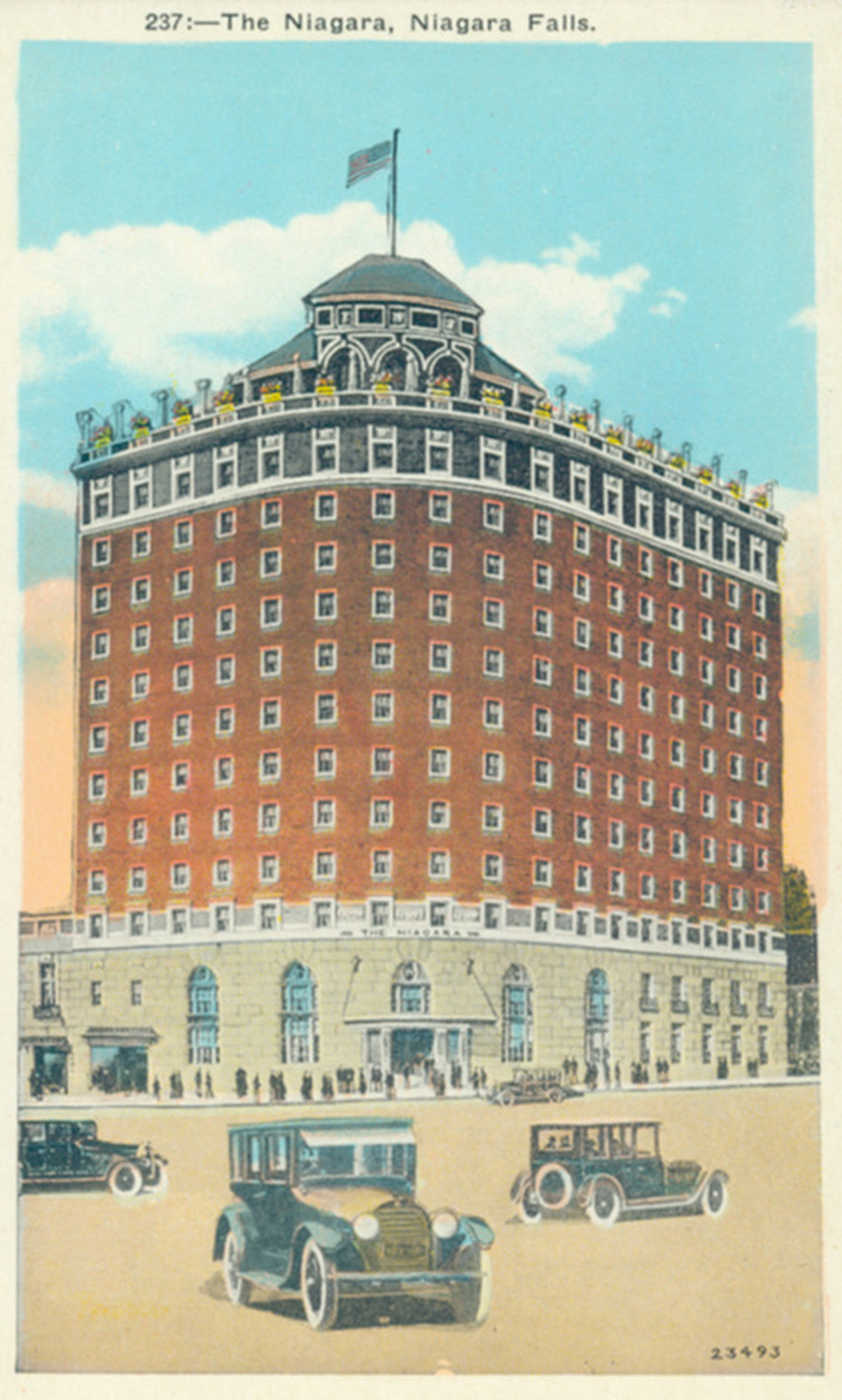