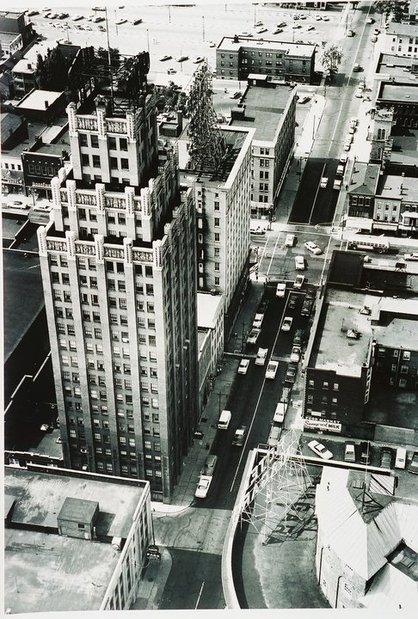 Designed by the Buffalo architectural firm Esenwein and Johnson with James A. Johnson as the principal architect, the United Office Building was built between 1928-1929 and opened in 1929. The general contractor was the Amsterdam Building Company of New York City.
The building was originally located fronting on First street at the corner of Elk Place, which has since disappeared with the 1960’s era urban renewal, leaving a small access alley on the south side.
When it opened a nine level “Motoramp Garage” existed adjacent to the building providing parking and such services as auto lubrication, oil changes, washing, waxing, and a valet service to the tenants of the building.
The ground floor lobby was occupied by a stock brokerage firm and a drug store for many years. The brokerage office remained on this site until the 1960’s when it relocated to an upper floor and was replaced by a restaurant. The drug store was converted into an office supply business which stayed until the late 1970’s. The ninth, tenth and eleventh floors were designed and equipped to house medical and dentist offices, many of which remained until the very end of the buildings occupancy. The second floor was designed to accommodate the Office Service Bureau which provided clerical and secretarial services for the tenants. The remaining floors were occupied by insurance brokerages, realty offices, Western Union and several law firms. Many local companies were attracted to the building and became loyal, long term occupants.
The United Office Building retained a high occupancy rate well into the late 1960’s and early 1970’s. However, as the late 1970’s and early 1980’s saw the withdrawal of corporate headquarters from almost all of the major employers in the City, a glut of office space made it difficult to market and it was subsequently sold in 1984 to a local developer, who planned to convert the building into residential condominiums. The building has been vacant since 1984. During the mid 1990’s much of the interior of the building was gutted by Neighborhood Housing Services, a non-profit housing agency, as an anticipated first step in the conversion of the building to a residential use. Various plans for redevelopment have yet to be implemented.
The United Office building is historically and architecturally significant as one of the most outstanding examples of an early twentieth century urban skyscraper found in Western New York. The building stands as a reminder of an important period of progress, which is associated with the use of Niagara Falls as a power source that spurred the industrial development if the City of Niagara Falls. 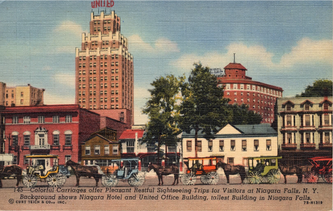 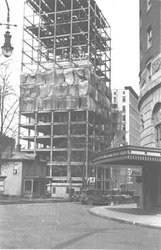 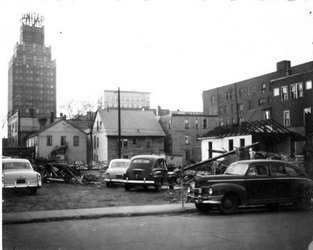 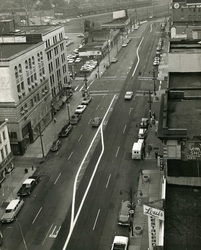 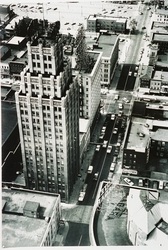 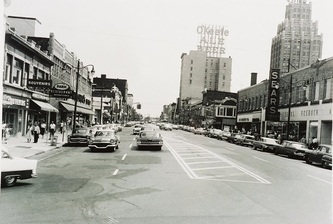 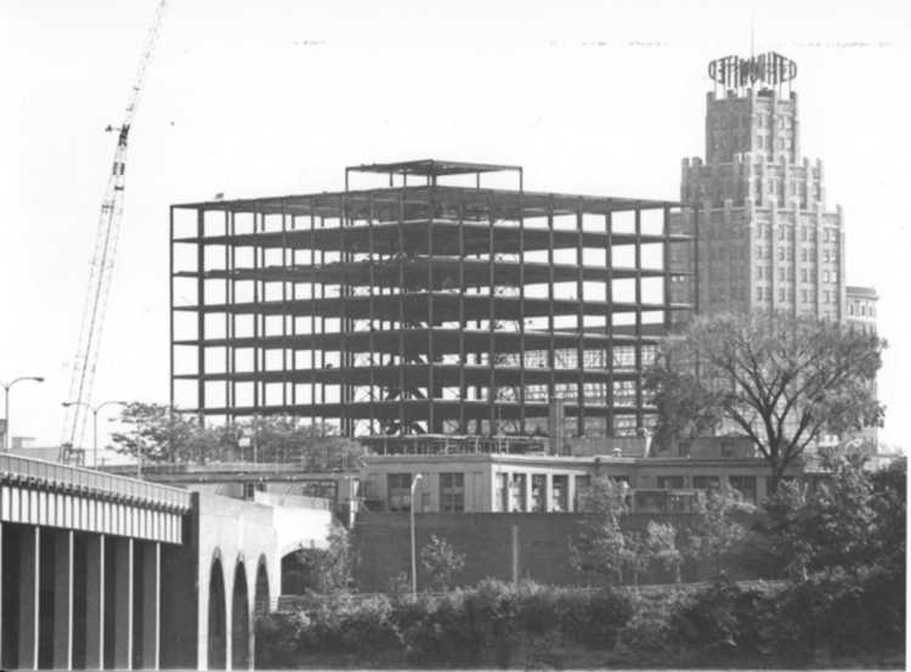